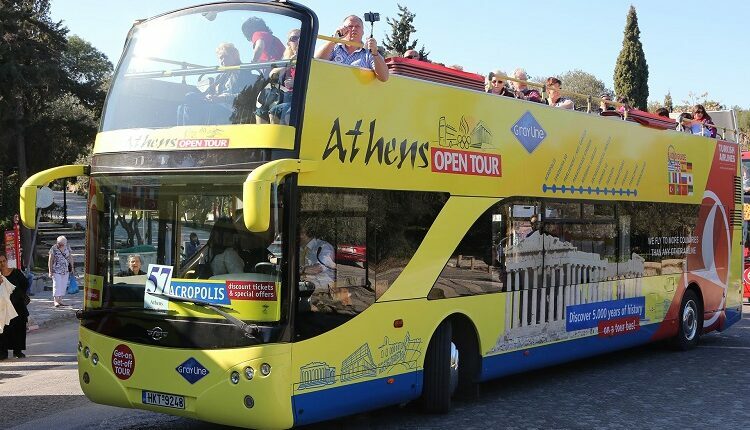 If you are looking for a cultural itinerary with magical scenery, Athens is the perfect destination for a trip for two. With several historical monuments and gastronomy that is a world reference, the place becomes an unforgettable honeymoon destination.

Surprising for its natural beauty, Athens allows a marvelous journey to start the new life of married couples with lots of culture and knowledge in a heavenly place. Greek civilization, along with the Romans and Egyptians, played a fundamental role in history and the remnants of that time are scattered throughout its monuments throughout the city. According to mythology, its name is a tribute to the goddess Athena, who won the city after defeating Poseidon in a duel. But how can you explore this old city? Is renting a car the best option? Or public transportation? Why not use Athens Hop On Hop Off tour bus? If you’re interested, it’s better if you read Athens bus tours reviews & comparison before you continue reading.

The Athens Hop On Hop Off tour bus is the ideal choice to explore the Greek capital. Thanks to its two floors and its convertible roof you can immerse yourself in the magic of ancient Greek culture.

The tourist bus of Athens performs five different routes. Throughout the journey you will enjoy comments in several languages about the places that are covered. Some of the most interesting stops are Syntagma Square, the Acropolis and the Parthenon, the Temple of Zeus, Panathenaic Stadium, Archaeological Museum, Omonia Square, Monastiraki, Port of Mikrolimano and the Cruise Port.

Next, you can see the particularities of each line:

– Orange Line: on this route you will pass through the Acropolis and the Parthenon, the main attractions of Athens. In addition, the bus will stop at the Hadrian’s Gate, the Tiseo district and the National Library.
– Blue Line – Piraeus: the blue line connects the cruise port with the center of the city. Between its stops they emphasize the port of Pasalimani and Turcolimani, as well as the new museum of the Acropolis.
– Yellow Line: the line that crosses historic and modern places, such as the Flisvou marina, the beaches of Aghios Kosmas or the most alternative neighborhoods of the Greek capital.
– Green Line: in this case, the tourist bus will take you to Vouliagmeni, the area of ​​coves par excellence.
– Train of Happiness – Piraeus: if you want to know the whole port area, this line will take you through the commercial area, the Municipal Theater or the Nautical Museum.

How does it work?

The ticket is valid for 48 hours since it is used for the first time, that is, if a 48-hour ticket is used on a Monday at 3:00 p.m., it will be valid until Wednesday at 3:00 p.m. During this time you can get on and off the buses as many times as you like to visit such interesting places as the Syntagma Square, the Acropolis or the Panathenaic Stadium.

After making the reservation you’ll get a voucher that you will have to deliver on the first bus you take.

During the months of high season, you can also enjoy a ride on the Athens tourist train. You can tour the city in a fun way, on a journey that will allow you to discover essential places, such as the Municipal Theater, Korai Square, the port of Microlimano, the Archaeological Museum, the Hellenic Maritime Museum and the Lions Gate.

By using Athens Hop On Hop Off bus tours then you can explore most of the sides of Athens easily and pleasantly.

My name is Sophie Lezama. I am a writer and I wrote about many various topics in the world and Traveling is one of my favorite topics.

How to Plan a trip to yacht this year with your family?

Why Planning Is Crucial To Your Business Travel

What Makes A Professional Chauffeur Driver

Long Getaways with the Family